The golden ratio is based on a measure or number also called golden, and represented by the Greek letter φ (fi) (lowercase) o Φ (fi) (capitalize). It is a ratio of roughly: 2 + 1,6 . This means that une mesure a=2 plus another mesure b=1,618…. will be together a mesure of c= 3,618…. Although this is the way that I have invented to quickly understand this ratio and to detect, in a composition, that the golden ratio exists between the measures a, b y c in a image. And, therefore, they have the magical balance where a measurement contains the other plus a little.

They say that the golden ratio is an irrational number, which does not fit the exact measurements. And indeed, because the measure b is like a small infinity, because it never ends, and it becames more smaller. 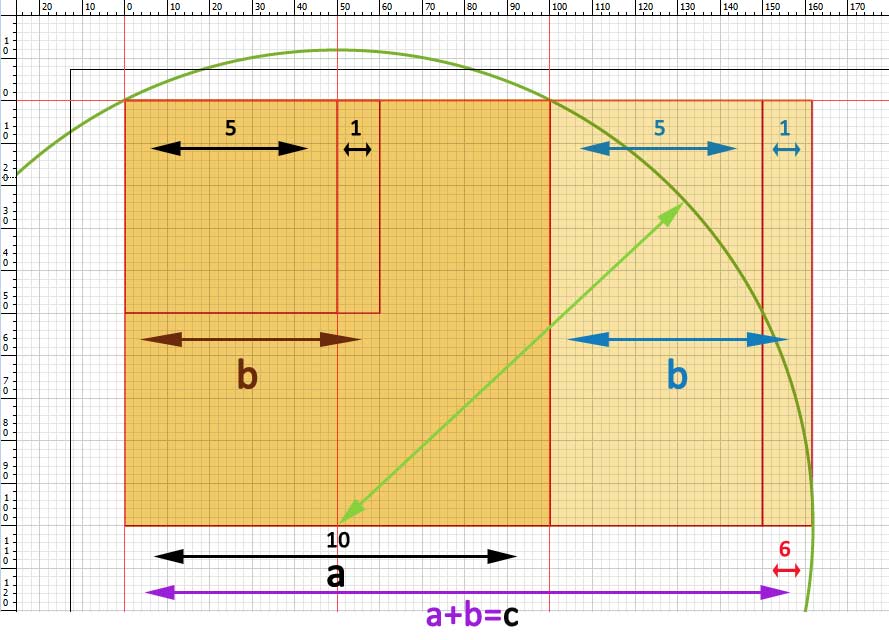 How do you draw the golden ratio?

Easy step by step to draw this “divine proportion” that appears in many natural forms:

The spiral we build is called golden or Fibonacci Spiral.

As I’m not a mathematician and I get really bad, if someone wants to provide information about the golden ratio it´s ok, because I still have my share difficulties to see quickly their proportions.

This theme continues in Golden spirals on flowers and plants

More information on applications including: http://www.mathsisfun.com/numbers/nature-golden-ratio-fibonacci.html

And on the Wikipedia.